Get comfy and enjoy my collection of steamy romance reads that will sweep you off your feet with captivating story lines that will make you fall head over heels in love with the characters and their love stories. 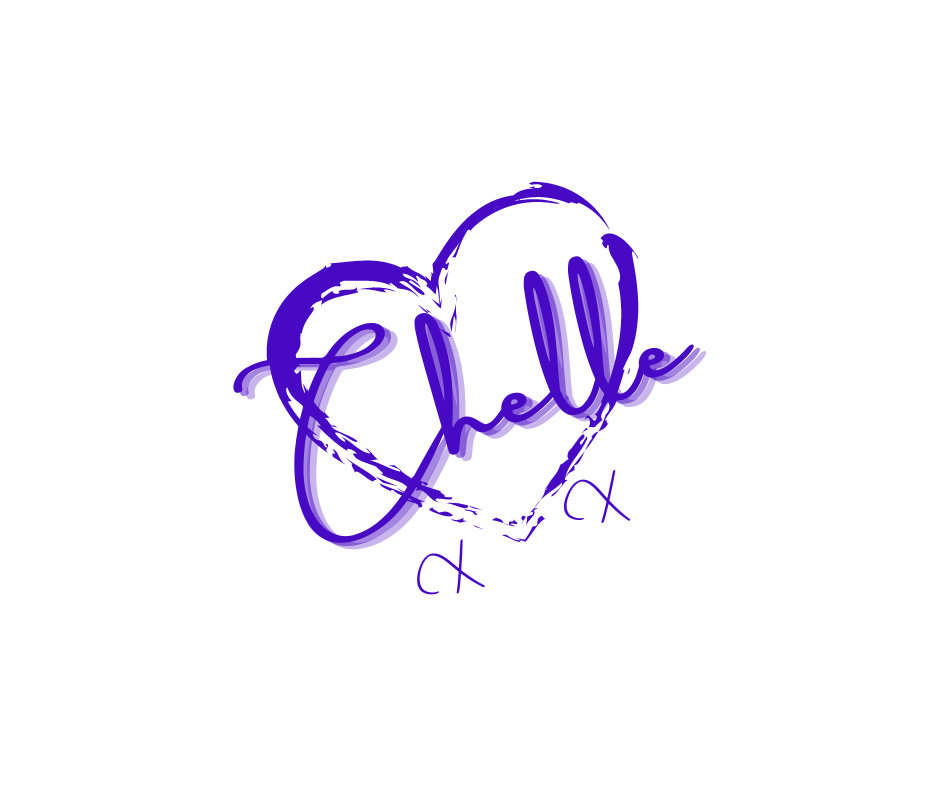 Happy reading, and remember the sexiest times are between the pages....

Get ready for your next steamy read, that promises to ignite your passion and set the pages on fire with

the soon to be released...

The last novella in the Drake Wines steamy romance series. 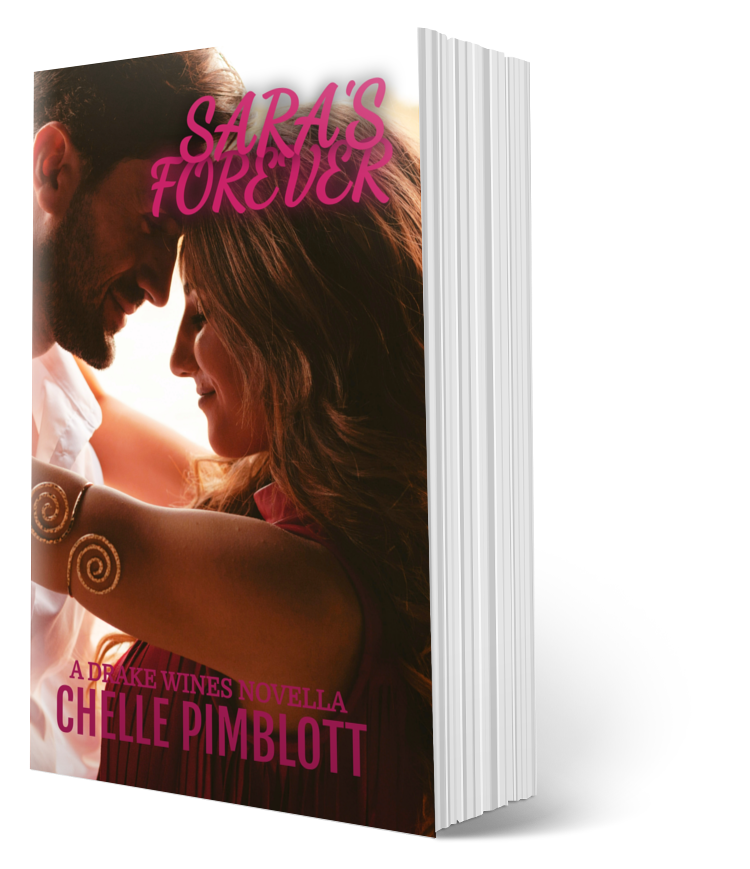 Meeting Leila Phillips at Vines gave Sara the best friend she's ever had. Meeting Matthew Phillip's, Leila’s younger brother gave her a freaking headache as well as a heartache!

She knows they can't work. He's too young. He communicates in emoji’s and text messages, which drives her insane but he’s also the kindest, most caring and handsome guy she's ever met. He does things to her mind, body and soul that she's never found in anyone else.

For Matt, Sara is the only one he wants. He may not have a lot of experience but he's a fast learner and he wants to make Sara happy. He also knows that his sister is going to have an issue with him dating her best friend but it’s not going to be for the reasons that Sara assumes.

How long can Matt wait for Sara to come to the realisation that she's in love with him? Will it take for Matt to walk away for Sara to make a choice that will make them both happy?

SARA'S FOREVER is the third novella in the Drake Wines Series. It’s a steamy best friends brother romance full of love and friendship that will take you on a ride alongside the characters. Fall in love with Sara and Matt today! 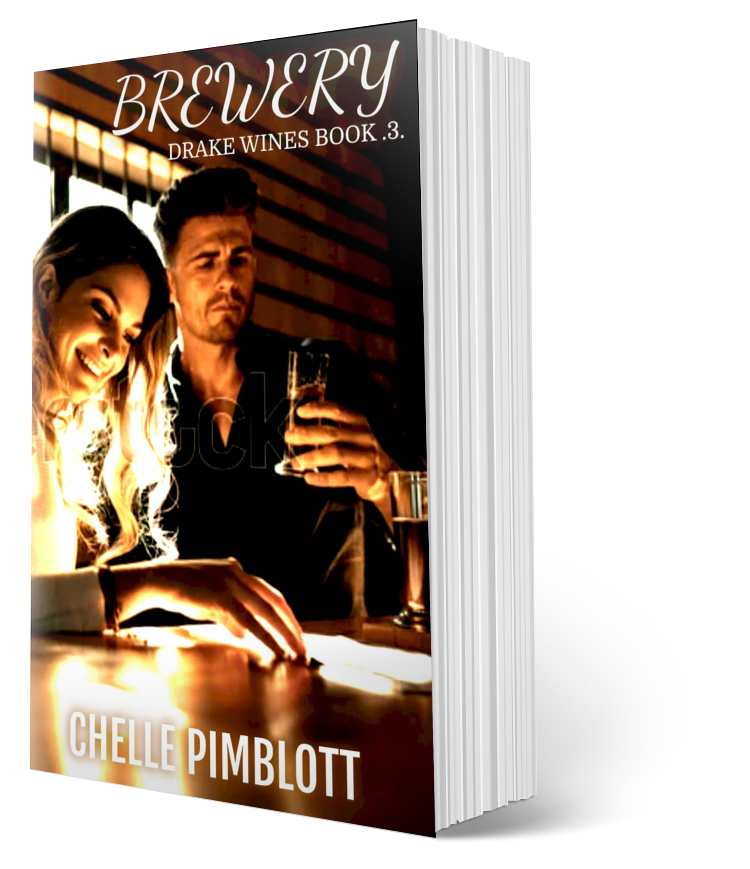 A fake relationship. Friends to lovers. A man with a lot to prove.

Caleb Drake is the youngest Drake sibling and he feels like he has to prove his worth. Not just to his siblings, Makenna and Logan and the family business but to Leila Phillips as well.

Caleb doesn’t want to be the ‘baby’ of the family anymore. He wishes that his brother and sister would give him the chance to show them what he’s capable of. He has an idea for the family business that could expand on what they already but he knows he has to have all his ducks in a row before he proposes building a brewery on Drake Wines. That’s where Leila comes into the picture.

Leila believes in Caleb and his idea for the brewery, she sees the man that his siblings haven’t found just yet. So, when a potential supplier invites Caleb to a weekend away that requires a ‘plus one’, Leila agrees to pretend to be his fiancé. They both agree, no-one ever has to know.

One thing leads to another and their secret explodes open in a fantastic manner, in front of their family and friends.

Can Leila and Caleb grab their happily ever with both hands or will they allow other people to crush their true feelings for each other?

BREWERY is the third book in the Drake Wines Series. It’s a steamy romance full of love and friendship that will take you on a ride alongside the characters. Fall in love with Leila and Caleb today! 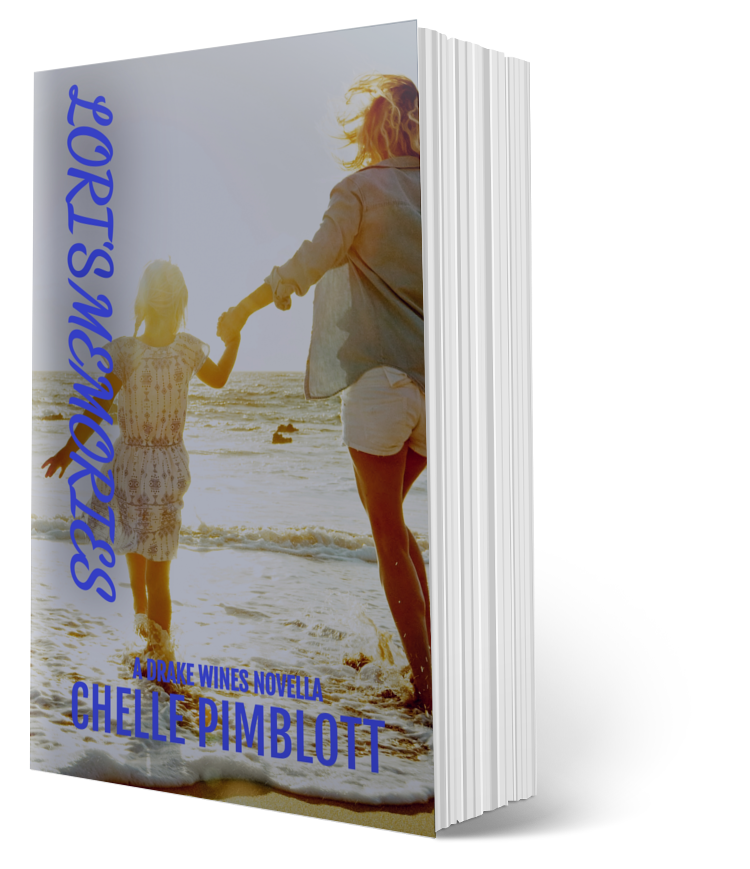 When I was eight years old, mum and aunt Jen took me to meet my dad. Logan Drake was just a name, a few pictures and some stories that my mum told me at bedtime.

I knew my mum was sick, she never hid it from me and I knew, even though she did try to cushion the reality, that she wasn’t going to be with me for much longer. That’s why she went to talk to my dad.

Moving out to Drake Wines wasn’t as hard as I was expecting. I had an instant family, Aunts, uncles, cousins and not one but two dads who loved me unconditionally. Missing my mum didn't hurt as much with them around.

The letters started on my tenth birthday. By my eighteenth I didn't want them anymore. On my wedding I learned to appreciate every single one of them.

‘Love Mum’, became something that I looked forward to.

LORI'S MEMORIES is the second novella in the Drake Wines Series and should be read after WINERY. It's a love story of a different kind, no steam or romance but still full of love and hope. This is the story of a mother's love for her daughter and the letters she leaves for her to read on special occasions. 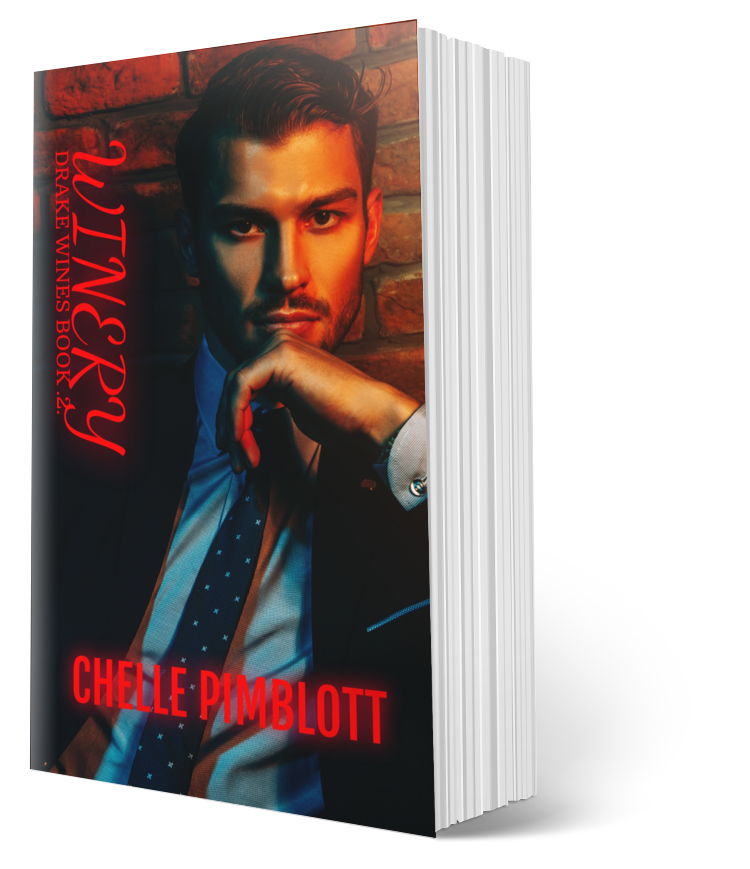 A creepy neighbour. A surprise from the past. A family of their own.

Logan Drake met Julian Bishop when he least expected it but that didn't stop him from grabbing the chance meeting with both hands. Gladly.

Jules supported Logan from the sidelines, through his parents death but when Logan’s sister, Makenna, gets married and Julian can't actually be by Logan’s side, that’s when Jules decides enough is enough. After six years together in the shadows, he walks away.

As Logan tries to drink his way to oblivion every night, a family intervention brings him to a painful realisation. He lost the one person he needs more than anyone else. After telling Jules how he feels, he leaves their relationship in his hands. Luckily for Logan, love wins.

Except Ben, Jules’ neighbour, isn’t too happy that they’ve rekindled their relationship as things get creepy, Logan insists that Jules needs to move out to Drake Wines with him, where he can be safe. Then, just as life starts to settle down, someone from Logan’s past returns, shocking them both. Will Logan and Julian’s love be strong enough to survive the shock and changes involved with the surprise visit?

WINERY is the second book in the Drake Wines Series. It’s a steamy M/M romance full of love and surprises that will take you on a ride with the characters. Fall in love with Logan and Jules today! 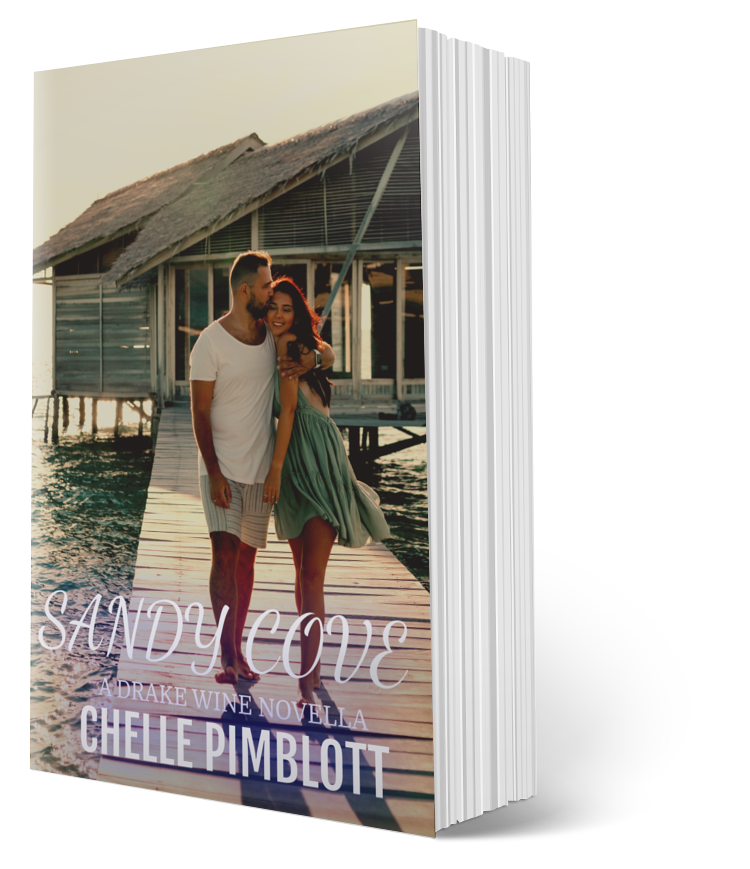 Samantha Holt has worked alongside Bettie Bryant, owner and manager of the Sandy Cove Resort for years hoping to be given the chance to take over the reins when Bettie finally retires. She finally gets the chance but Bettie has one last surprise for her.

Samantha is attracted to Tomas but she has her own set of rules about relationships with co-workers. She knows they don’t work, so she's set a self-imposed banned on them. For herself anyway.

Samantha comes to realise that she needs to take a chance if she wants the sexiest, most infuriating man she's ever met. He’s willing to give her that chance until a secret comes out that sends Tomas in a spin, demanding to know if her ex is the reason she won't give him a chance.

SANDY COVE is the first novella in the Drake Wines Novella Series and should be read after VINEYARD. It’s a steamy romance full of love, sand and sunshine that will take you on a ride with characters. Fall in love with Samantha and Tomas, today! 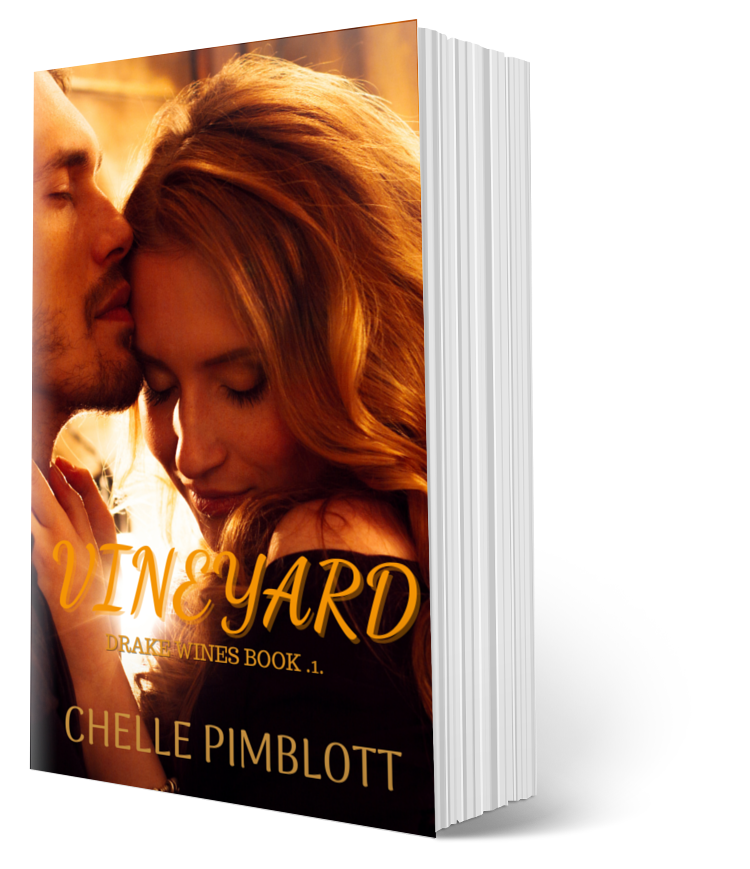 Marriage. Babies. Live their happily ever after.

Makenna Drake and Brady Harris have been in love since they were sixteen years old, and they’ve had their future together planned out for almost as long.

Then Makenna’s world is shattered when her parents are killed, and she’s left to help her brothers keep the family business, Drake Wines, thriving.

Brady is determined to be her rock through the difficult times as she comes to terms with her loss, knowing that when their wedding goes ahead, they'll be one step closer to their happily ever after.

Until another tragic loss hits them, and they have to decide what their true definition of family is. They have to make the choice to redefine their dream of a family to achieve the happily ever after they long for.

VINEYARD is the first book in the Drake Wines Series. It’s a steamy romance full of love and loss that will take you on a ride alongside the characters. Fall in love with Makenna and Brady today!

Open the top-drawer for the whole collection that will set you to a gentle simmer....

This book was everything and nothing like I expected. I could not put it down once I started it and did not want it to end when I got there. An emotionally charged and heartfelt storyline that grabs you right from the start, keeping you engrossed throughout.

Loved the humor in the story. I liked the book as it showed sometimes you can't fight love and it just happens fast and there is nothing wrong with that.

Book One of the Sneaky Love Series

Mia and Dan will they get together that is the question. The interaction between the characters in these books is something else I just love it and the heat oh my!! I love the nicknames the author has given the characters she did not forget Mia and Dan. This couple is quick so get ready for some action. You will adore it.

Great story line and characters, Awesome !! Loved this book. The storyline was so interesting that it had me turning pages in anticipation of where it would lead . I was very intrigued with the characters in the story. Simply awesome . Definitely recommend this book to anyone looking for a great read. I would recommend to others. Worth the read and the money!

No more Sneaking Around

I have not read a bad book from this author yet and this book is no exception! The great plot and character development kept me so engaged throughout the entire book that I had a very hard time putting this book down until the very last page was turned!

Book One of the Built for Love Series

There is something about the forbidden that makes it so irresistible and delicious. But also precarious. And add a secret to the mix and it makes for a story that feels like it is heading for some kind of crash. This story moves like that. It was effectively done. And in the end Joe and Katy wander past the drama to a romance. My first by this author but not my last.

Book Two in the Built for Love series

Ready for your next steamy read?

Thank you for subscribing!

Have a great day!